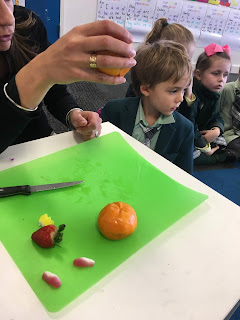 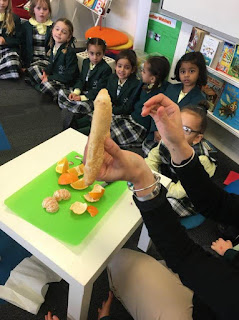 Next, we talked about bread and how a piece of bread can be folded in half. If it is the area is the same on both sides, it has been halved.

The children then made fairy bread. Their challenge was to cut their fairy bread in half. They then had to explain whether or not they had cut their bread in half and how they knew. Many of them placed one piece on top of the other to check the area of each portion. 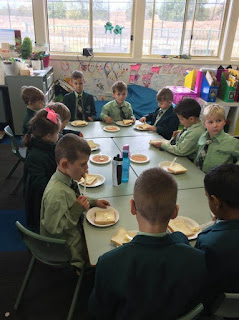 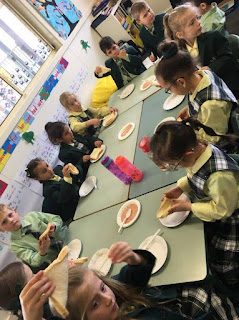 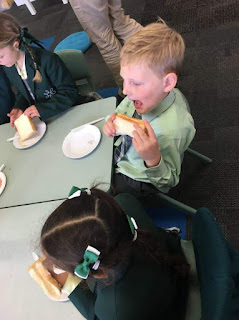 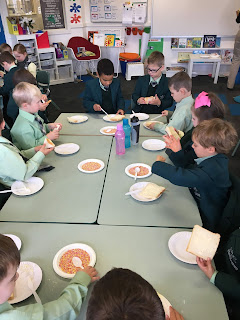 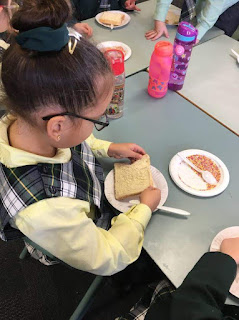 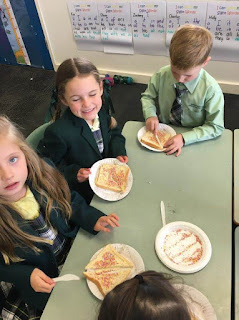 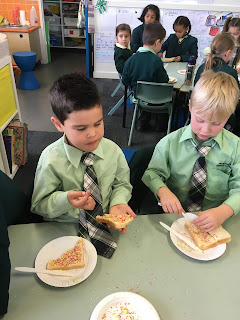 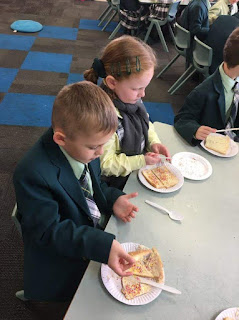 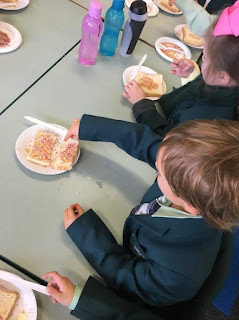 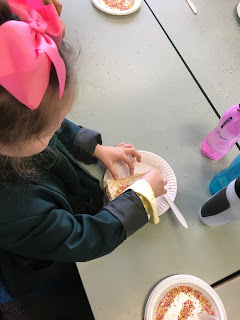 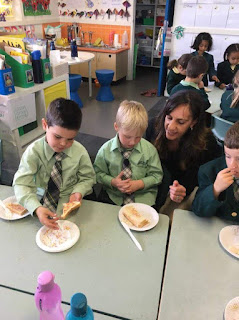 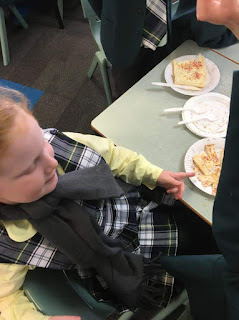 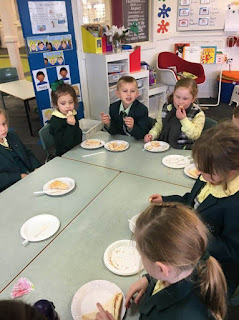 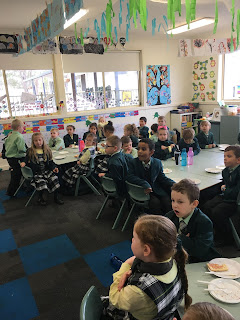 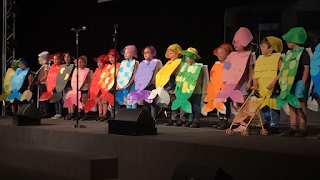 Preparing for our One fish, Two Fish Assembly item was so much fun! It became our Art, our Mathematics, our Speaking and Listening and our team work. The children had a great time making their own costumes. They painted and glued their scales on making a pattern with their coloured circles. They did such an amazing job! We had some help along the way, though. Ms Vandenberg and Mrs Angileri kindly spent an afternoon making the paintings into fish. We had more help too. Mrs Kiff (mum to Seraphine, Cadence and Lyric) made us some head pieces out of felt. Then it was almost time for the stage! The children could hardly contain their excitement. Finally, it was time! We hope you enjoyed our performance! We certainly did. 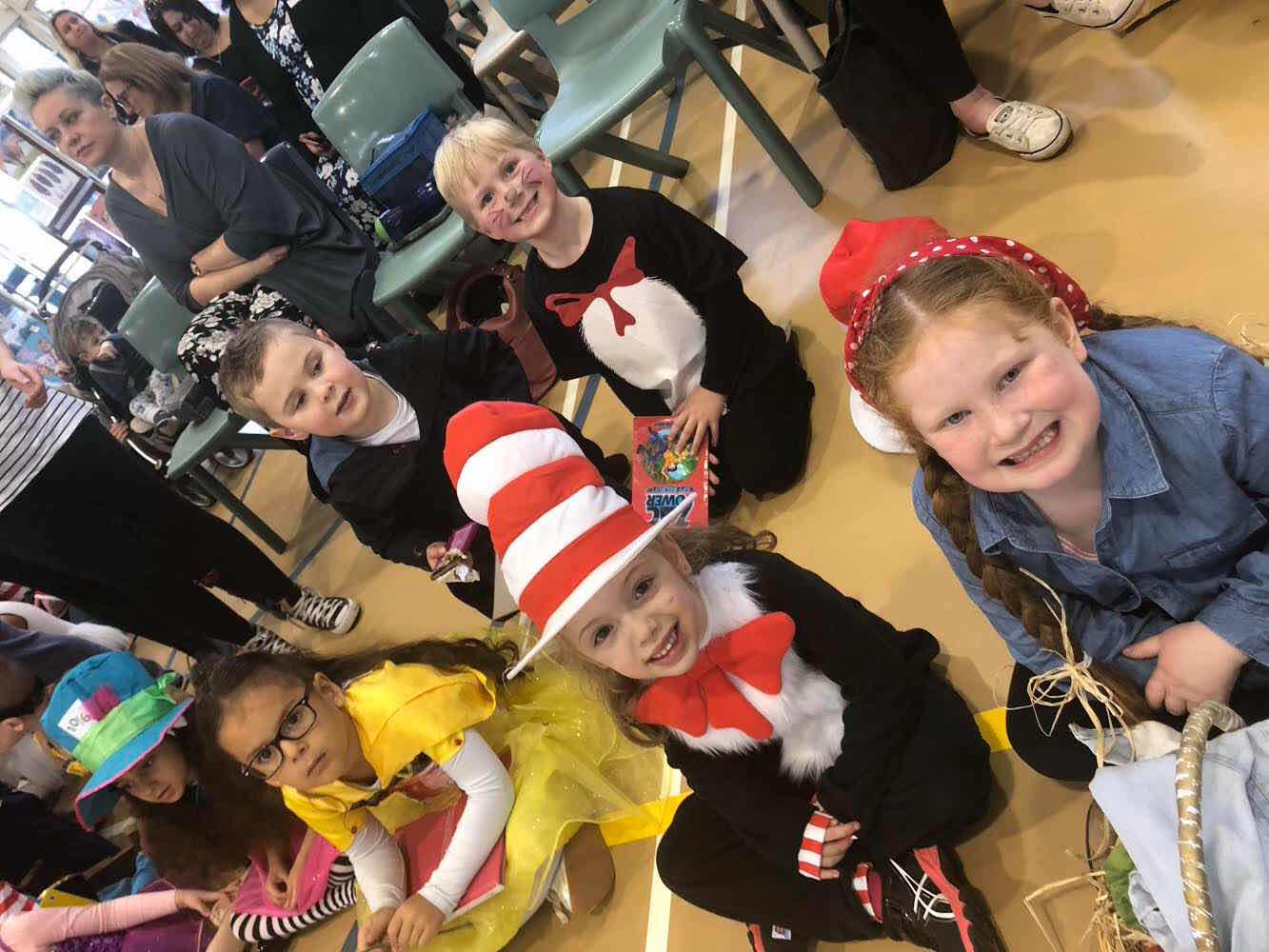 The chip looked absolutely beautiful in their book parade costumes today. Here are some pre-parade photos!